Spillikins is a game also known as pick-up sticks or mikado. The sticks are dropped in a pile, then players take turns to remove single sticks from the pile without disturbing other sticks. A player continues removing sticks until another in the pile moves at which time that player drops the stick being lifted back on the pile and it is the turn of the next player.

The first of Richard’s 180-plus sets of spillikins was made in 1978 for John Makepiece’s Parnham Collection in England. About two dozen sets are in major public and private collections including the Power House Museum in Sydney, the Australian National Gallery and New Parliament House Collections in Canberra and South West Arts Collection in UK. 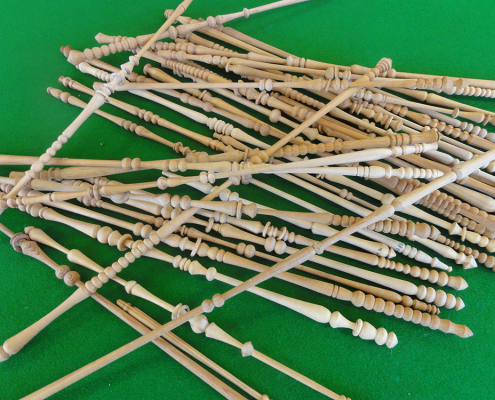 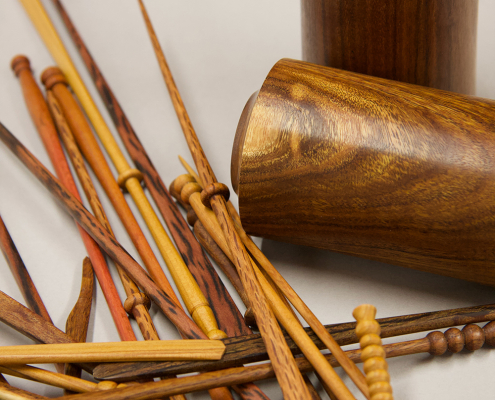 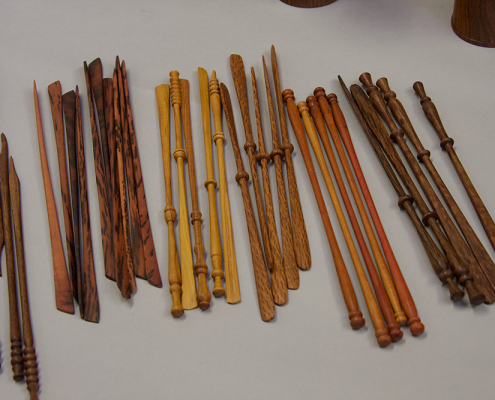 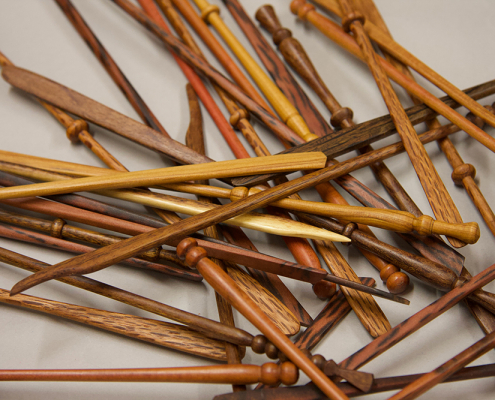 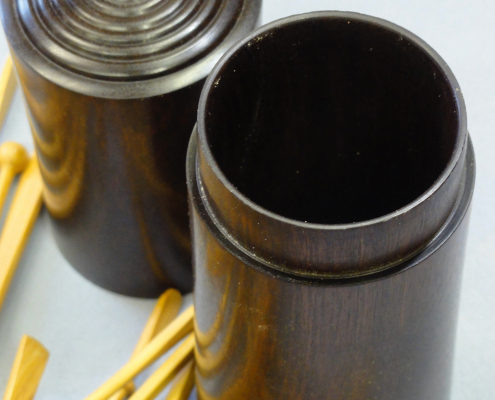 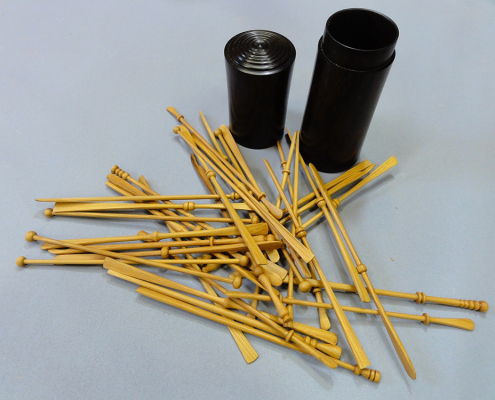 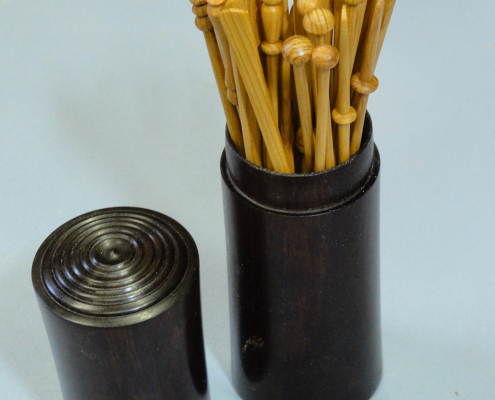 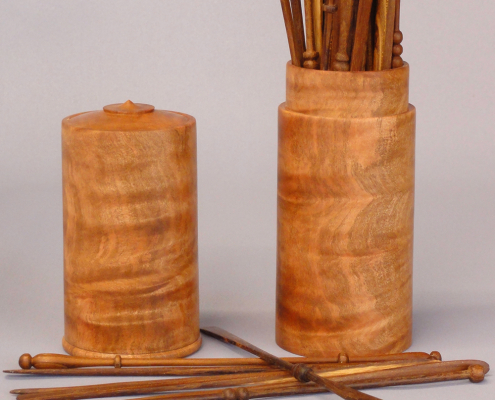 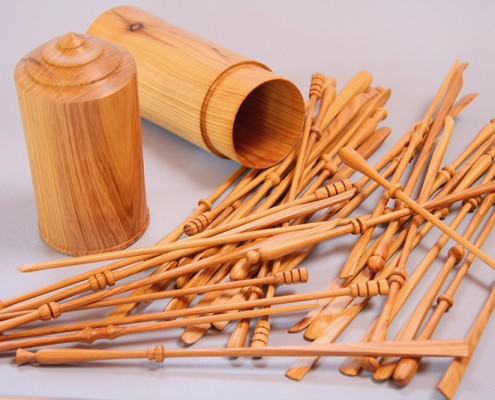 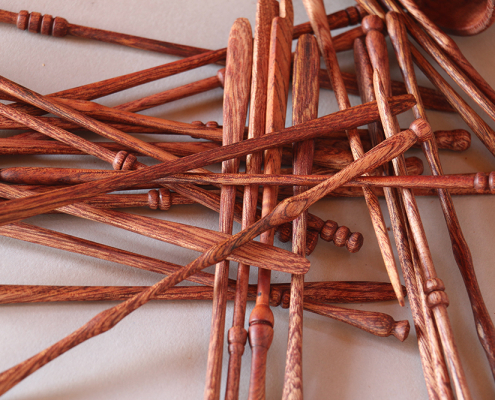 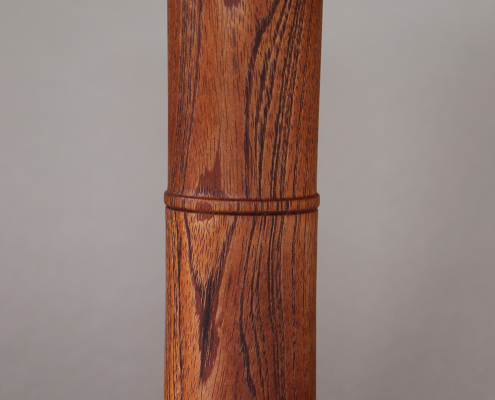 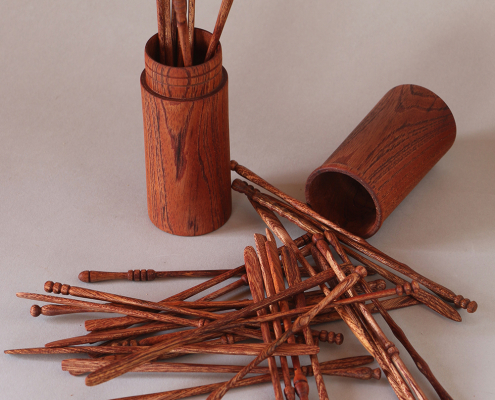 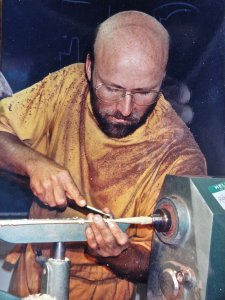 At the end of a day-long demonstration Richard often turned a long thin spindle using only a skew chisel. Given the sense of relief and satisfaction when they don’t break he calls them ego sticks.